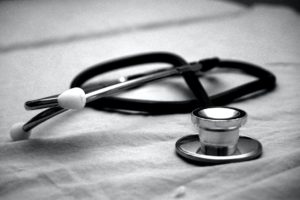 In MetroHealth Sys. v. Khandelwal, 2022-Ohio-77, Ohio’s Eighth District Court of Appeals affirmed a trial court’s modification of a noncompete agreement between a hospital and a physician formerly employed by the hospital. Both courts reasoned that modifying the agreement, rather than striking it, protected the hospital’s interest.

The disputed noncompete agreement provided that the defendant physician, a specialized burn surgeon who had acted as interim director of the plaintiff hospital’s burn center, could not provide similar services within 35 miles of the plaintiff hospital for two years after his termination of employment. The physician resigned and accepted the position of director at a burn center less than 35 miles away. The hospital sued and sought a preliminary injunction to prohibit the physician’s new employment.

Following an evidentiary hearing, the trial court entered an order modifying the scope and duration of the noncompete clause. The trial court held that the physician could immediately begin employment as a surgeon with his new employer. The trial court, however, enjoined him from (1) assuming the role of director for one year, (2) using or transmitting privileged information gained through his previous employment, and (3) personally soliciting or referring any patient from his previous employment for one year. The plaintiff hospital appealed the trial court’s order, seeking to enforce the noncompete clause as written.

Ohio courts will enforce noncompete and nonsolicitation agreements that are reasonable. If a court finds such an agreement unreasonable, it will enforce it only “to the extent necessary to protect an employer’s legitimate interests.” 2022-Ohio-77, ¶12.  And, important here as reinforced by this decision, “[c]ourts are empowered to modify or amend employment agreements to achieve such results.” Id.

While Ohio courts disfavor noncompete agreements in the medical profession, they are not per se unreasonable. Rather, courts consider them unreasonable when they impose an undue hardship on the physician and are injurious to the public; the physician’s services are vital to the healthcare and treatment of the public; and the demand for the physician’s medical expertise is critical to the people in the community.

In examining whether the agreement was reasonable, the appellate court weighed (1) the plaintiff hospital’s legitimate business interest, (2) whether the physician would endure undue hardship should the court uphold the agreement, and (3) if upholding the agreement would injure the public. While the appellate court agreed that the noncompete agreement’s two-year duration was “more restrictive than necessary,” it affirmed that the plaintiff hospital had a legitimate business interest in protecting the confidential information and any resulting competitive advantage of its burn center. The Court of Appeals upheld the agreement as modified to restrict the physician’s employment as director at his new employer for one year.

This decision highlights to employers the importance of drafting effective noncompete agreements, and serves as reminder that some courts may modify the scope of such agreements if they find them unreasonable.