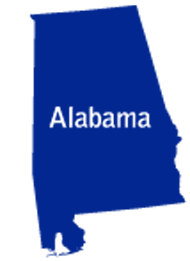 The Alabama legislature recently passed changes to Section 8-1-1 of the Code of Alabama, the provision which contains the state’s non-compete statute. Governor Bentley signed the new version of the statute and it will become effective January 1, 2016. While the new version does not drastically change the landscape of non-competes, there are several changes which employers should be aware of.

Like the prior version, the revised statute retains language that places a general ban on all agreements that restrict one from engaging in “a lawful profession, trade, or business of any kind.” Nevertheless, the revised version provides six exceptions to the general ban, as follows: (1) agreements between an employee and employer prohibiting post-employment solicitation of the employer’s personnel; (2) agreements which prohibit a former employee’s solicitation of an employer’s current customers; (3) promises of an employee not to engage in a similar business within a geographic area; (4) agreements which limit competition in regards to the sale of a business; (5) agreements between persons or businesses which limit the commercial dealings between the parties; and (6) agreements which limit competition among business partners upon and in anticipation of the dissolution of a business. This guidance is intended to provide clarity on coverage of the non-compete statute.

A significant revision is the establishment or acceptance of “reasonable” time periods for certain types of agreements. Specifically, the new statute provides time periods that state a presumption of reasonableness. For instance, an agreement where an employee promises not to engage in a similar business of an employer within a geographic area is presumptively reasonable if the limitation is less than two (2) years. Also, non-solicitation agreements are presumed reasonable provided the duration is no longer than the greater of eighteen (18) months or the time period during which post-separation consideration is paid. The revised statue continues to allow for “blue penciling,” a judicial tool which allows the court to enforce reasonable portions of a non-compete agreement that is otherwise unreasonable.

Another new feature of the provision is an explanation of “protectable interest,” to include, but is not limited to, trade secrets; confidential information such as business strategies and techniques; employer’s commercial relationships with specific existing and prospective clients; and specialized training provided to an employee by an employer which involves substantial business expenditure. However, the statute specifically provides that “[j]ob skills, in and of themselves, without more, are not protectable interests.” Thus, in the context of skills, a “protectable interest” is only available when the employee receives specialized knowledge as a result of an employer’s use of substantial resources in training the employee.

Even though Alabama’s revised non-compete statute does not contain many substantive changes, the new provision provides clarity to this area of law. Moving forward, companies and attorneys can use the statute to protect the interests of employers. Outstanding issues will likely continue to be determined by the courts.

Thanks to Jay Malone, Law Clerk, for assistance with this post.