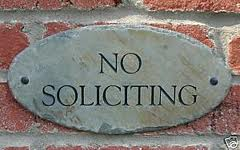 The First Circuit Court of Appeals issued its most significant decision to date on non-solicitation provisions in restrictive covenants by upholding a preliminary injunction in Corporate Technologies, Inc. v. Harnett, No. 13-1706 (August 23, 2013). The court affirmed a decision from the District of Massachusetts granting a preliminary injunction to an employer whose former employee used a targeted email blast to announce his new position with a competing company. In upholding the injunction, the court took a much broader view of the meaning of “solicitation” than that argued by the defendant employee and shed light on the “hazy” line separating “actively soliciting” business from “merely accepting” it.

Harnett argued that because the customers were the ones initiating contact, subsequent business activity could not be considered solicitation. The court, however, held that solicitation “can take many forms” and found Harnett’s argument unpersuasive.  In forming its opinion, the court noted:

[t]he employer ordinarily has the right to enforce the covenant according to its tenor. That right cannot be thwarted by easy evasions, such as piquing customers’ curiosity and inciting them to make the initial contact with the employee’s new firm.

The court determined that in solicitation cases, placing an emphasis on who made the initial contact would undermine the former employers’ bargained-for protections, as the term “initial contact” has an “amorphous nature” and can easily be “manipulated.” Instead, the court announced a belief that the identity of the party making the initial contact should be “just one factor” in “drawing the line between solicitation and acceptance.”